‍We’ve gathered where to visit in these 3 popular cities of the region; Cancun, Sao Paulo ve Caracas.

The majority of Cancun’s finest resorts have direct access to the beaches, which are referred to as “playas” in Spanish. You’ll be treated to breathtaking views of the shimmering, crystal-clear seas that have made this place so popular with travelers looking for a great holiday in Mexico.

De las Perlas, Juventud, Linda, Langosta, Tortugas, Caracol, and Chac-mool are among the most popular beaches.

If you’re into history and sightseeing, there are magnificent Mayan sites within easy driving distance of Cancun. Chichén Itzá, three hours west of the beaches and one of Mexico’s largest and best-restored ancient monuments, is one of the most popular day trips. This UNESCO World Heritage Site was founded by the Mayans over 1,000 years ago and contains numerous notable Chac-mool figures as well as major constructions such as the El Castillo Pyramid.

The Cancun Underwater Museum is one of the most interesting attractions in Cancun.

There are more than 500 sculptures dispersed across two underwater galleries (a few are on land in a neighboring mall) submerged at depths of between three and six meters and encompassing human figures in a variety of attitudes form the heart of this one-of-a-kind art collection.

Tulum is located 90 minutes south of Cancun and is known for its cliff-top location. In addition to its tall, wide walls, Tulum has many other unique structures, the most notable of which is the Temple of the Frescos, which features Mayan sculptures and reliefs depicting seated figures with elaborate headdresses. The Castillo, the site’s largest and most famous structure, is positioned on a cliff edge, overlooking the sea.

The weekend arts-and-craft festival in Embu is the biggest magnet for handmade goods in the São Paulo region!

Embu, or Embu das Artes, is a modest Portuguese colonial town of whitewashed houses, old churches, wood-carvers’ studios, and antique shops that was founded in 1554. Every weekend, it has a downtown handicrafts fair. On Sundays, the streets can get so busy that it’s difficult to walk, so get there early. Embu also boasts a number of shops selling handicrafts and wooden furniture, the most of which are located near the street fair.

The Museum of Art of Sao Paulo (The MASP)

The MASP (Museum of Art of São Paulo) inaugurated in 1968 and presently houses Latin America’s most significant and extensive collection of western art. Renoir, Van Gogh, Matisse, Manet, Debret, Picasso, and Miró are among the Impressionists and modern artists represented, with 73 bronze sculptures by Degas alone. Despite its Renaissance roots, this is one of the continent’s first art museums to focus on artists from the mid-20th century and later, as well as modern Brazilian artists such as Portinari and Di Cavalcanti.

It ranks alongside the Tate Modern, MoMA, and the Centre Pompidou for its remarkable collections. Lina Bo Bardi, a Brazilian-Italian architect, designed the structure, which is a Modernist classic. A Sunday antiques market and many concerts are held in the plaza beneath its suspended framework.

The Municipal Theater in São Paulo was designed by architect Ramos de Azevedo in the style of the Paris Opéra, using an eclectic blend of Art Nouveau and Italian Renaissance themes. It became a significant city attraction almost immediately after its completion in 1911. In 1922, it was elevated to a new level when it hosted a historic event that changed the face of Brazilian art. Artists such as Emiliano Di Cavalcanti, Tarsila do Amaral, Anita Malfatti, and Menotti Del Picchia, as well as musician Heitor Villa-Lobos, playwright Mário de Andrade, and sculptor Victor Brecheret, were introduced and spotlighted during the Week of Modern Art. The theater, which has welcomed international singers, dancers, musicians, and performing artists, is a prominent hub for the performing arts in South America.

Ibirapuera Park is a park in São Paulo. It is the most visited park in South America, with 14.4 million visitors in 2017. It spans 158 hectares between Av. Repblica do Lbano, Av. Pedro Alvares Cabral, and Av. IV Centenário. There are usually a lot of concerts and art events at the park, it is also a peaceful location to take a break from the city.

The neo-Gothic cathedral was constructed on the site of an earlier cathedral between 1913 and 1967. Its construction was hampered by two world wars, which made obtaining the mosaics and other ornamental pieces from Italy problematic. It was consecrated in 1954, on the 400th anniversary of São Paulo’s founding. The body of the church is neo-Gothic, while the dome is Renaissance in design. The 10,000-pipe organ and stained glass windows depicting the history of Catholicism in Brazil are among the interior’s highlights.

Campos do Jordão is a municipality in the Mantiqueira Mountains of Brazil, located in the state of São Paulo. It includes the same-named city, which is known for its Swiss-style architecture, as well as the Parque Estadual de Campos do Jordão to the northeast. The park’s pine forests and mountains, which cover a third of the municipality, are home to a variety of birds and endangered creatures, including pumas and ocelots.

Hiking, mountain climbing, arborismo (treetop cable swings), horseback riding, ATV and motorcycle riding are just a few of the outdoor activities available to visitors and winter residents. Due in part to the winter festival of classical music, July, the month of winter holidays, sees a massive influx of visitors (more than quadrupling the city’s population).

Restaurants, pubs, and a cable car are among the year-round attractions, which include German, Swiss, and Italian food. There are numerous pousadas (inns) and cabins to choose from. Several pubs, lounges, discos, and clubs also open during the winter months to accommodate the enormous number of guests.

The Museum of Contemporary Art, located at the eastern end of the Parque Central complex, is by far the best in the country, but it can be difficult to discover amid the concrete jungle. There are works by several important Venezuelan artists, such as Jess Soto, who is known for his kinetic pieces, as well as multiple paintings by international luminaries such as Picasso, Chagall, Mondrian, and Léger, shown in a dozen galleries on five levels.

The 82-hectare Parque Generalismo Francisco de Miranda, originally known as Parque del Este and still referred to as such by Caraqueos, is the largest park in Caracas, and a trip through its expanses is a botanical journey. The snake house, aviary, and cactus garden are open to the public, and on weekends, the Planetario Humboldt hosts astral displays.

With Pointship, you can save on flight costs up to 60% to these destinations, using other members’ travel rewards. 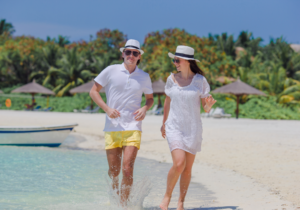 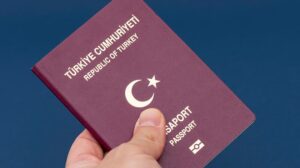 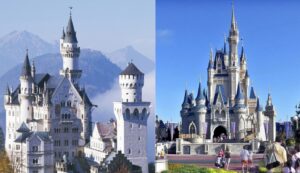 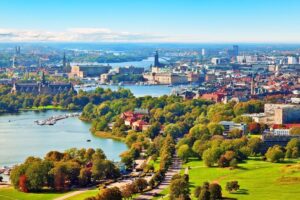